Oslo, 17 June 2021: Infectious disease specialist Meta Roestenberg of Leiden University Medical Center, is the winner of the 2021 Letten Prize. She has dedicated her life to harness and deploy her scientific and professional expertise to serve the poorest and the underprivileged people of the world. 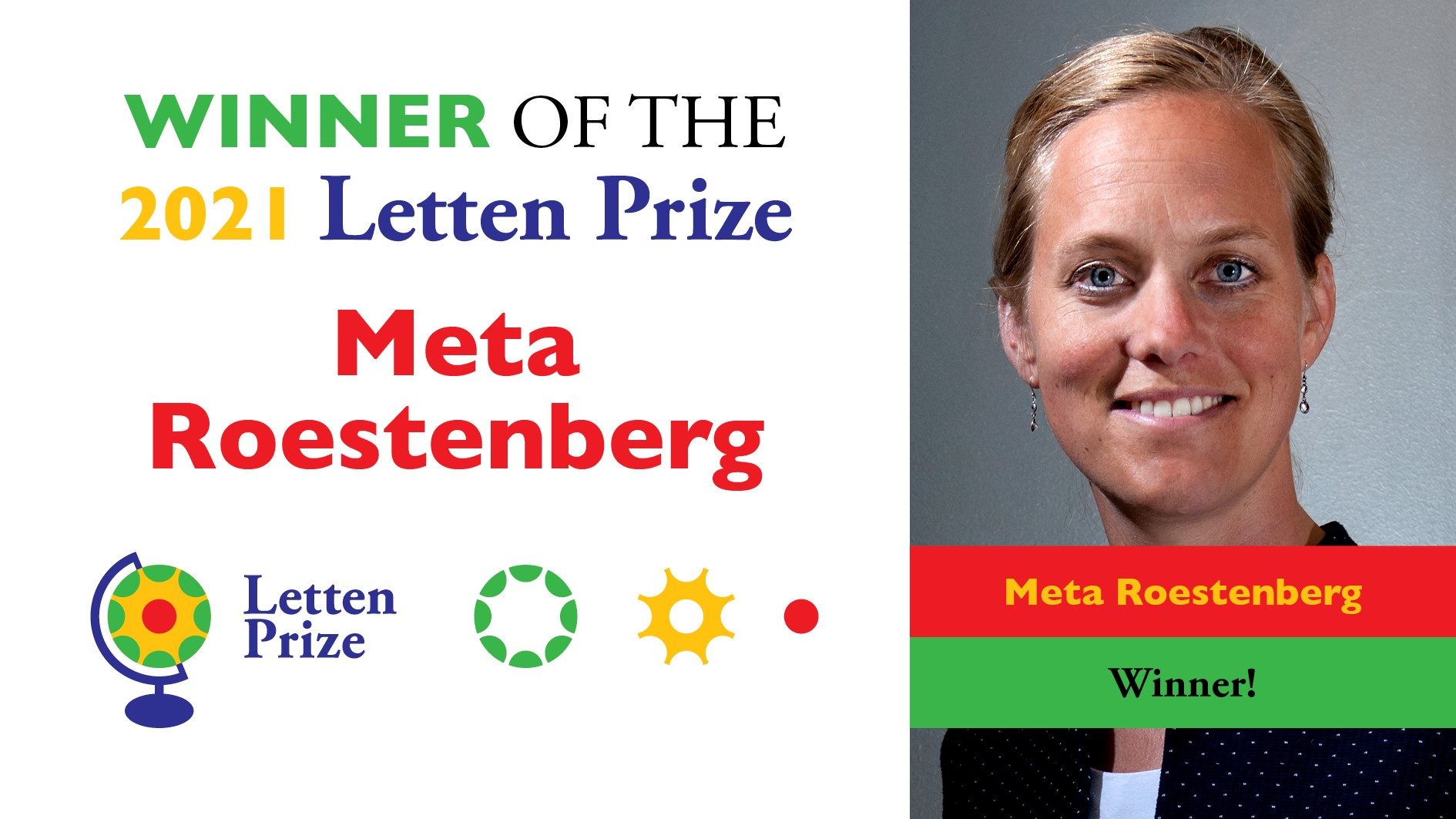 The main purpose of the Letten Prize is to recognise younger researchers’ contributions in the fields of health, development, environment and equality in all aspects of human life. Meta Roestenberg has established an international network of vaccine researchers in Uganda, Zambia, India, and Burkina Faso, which allows transfer of knowledge and exchange of staff. Her efforts will have a great impact on solution of poverty-related infectious diseases in countries where the clinical need is highest.

“Professor Roestenberg’s achievements and vision meet all the criteria listed in the call for the Letten Prize. She has contributed significantly to the research on the infectious diseases prevalent in countries with low resources, and her engagement and outreach extend way beyond her excellent academic achievements in the area of health,” says Heidi Holmen, chair of the Letten Prize Committee. She continues: “From an impressive diversity of truly global applicants, three candidates were shortlisted, from whom Meta Roestenberg was chosen as the winner.”

Prize money dedicated to cost-effective vaccination
The Letten Prize winner is awarded 2 million NOK, and the main part of the prize money is reserved for research activities promoted by the winner. In Meta Roestenberg’s research proposal, she seeks to establish cost-effective vaccination programs in prevention of neglected infectious diseases by engaging Ph.D. students and encouraging the research associated with vaccine development.

“Meta Roestenberg aims to train a new generation of mainly female scientists and physicians in order to extend the benefits of science to a global health,” says Heidi Holmen.

Roestenberg never set out to be a physician, but she was good at science, and so felt that medicine might be the best way to use her talents. She undertook a PhD on malaria vaccines at Radboud University Nijmegen, and since then has dedicated her career to finding a way to prevent malaria.

The parasites are completely adapted to the human immune system, and may have ways to actually manipulate the immune system so that it doesn’t respond vigorously. For a malaria vaccine to work, it has to overcome this manipulation. With the support of the Letten Prize, Roestenberg is planning a rigorous clinical trial in which healthy volunteers will be given a dose of a malaria vaccine candidate. She hopes that if the trial is successful, it opens the door to a new method of vaccine development.

She is also planning to document the process of conducting the trial on film, so it can be used as a resource by research teams elsewhere in the world.

The two other short-listed candidates were Ramona Vijeyarasa, a lawyer from Australia, and Tolullah Oni, a public health physician from Nigeria. 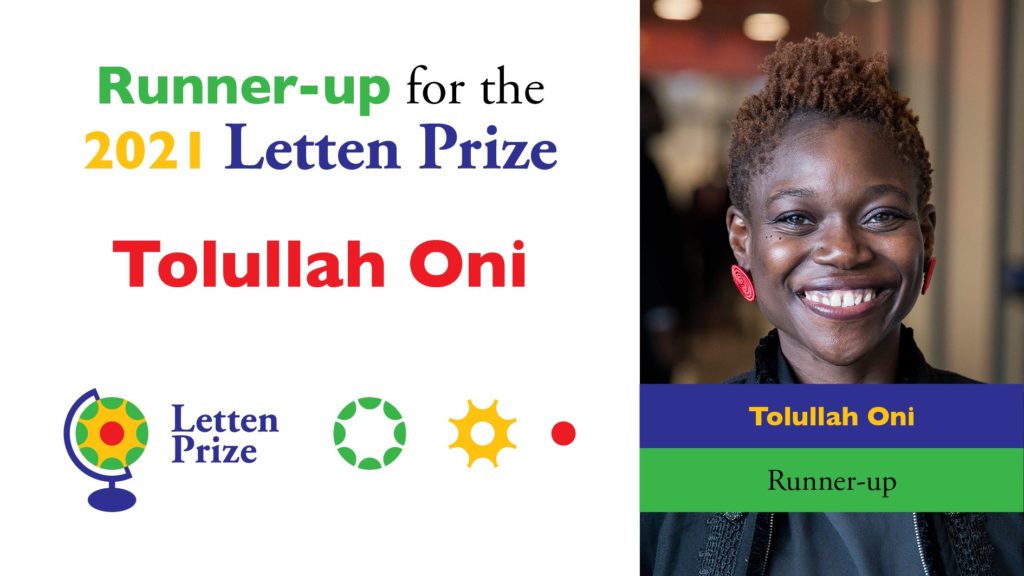 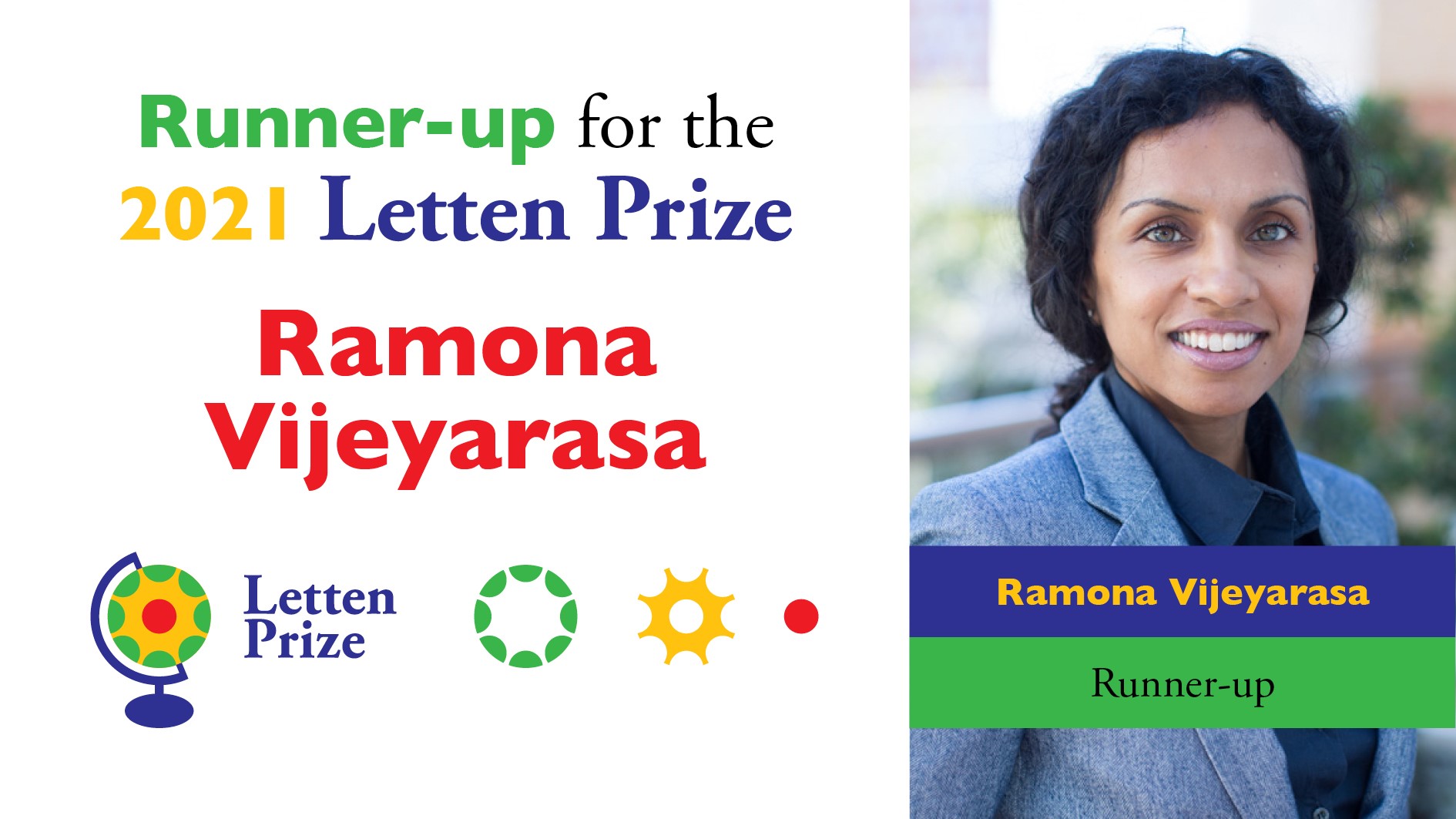 About the Letten Prize:

The Letten Prize was launched in March 2018 by the Young Academy of Norway and the Letten Foundation to recognize younger researchers’ contributions in the fields of health, development, environment and equality in all aspects of human life. The prize of 2 million NOK will be awarded biennially to a young researcher under the age of 45 conducting excellent research of great social relevance. In 2018 Tarunabh Khaitan, a lawyer from India, won the prize.

About the Letten Foundation:
Professor Letten F. Saugstad (1925 – 2014) founded the Letten Foundation in 1986 to promote basic research, especially in the field of birth defects and certain aspects of mental illness, which increases the knowledge of brain structure and function. The foundation also prioritizes studies of health effects associated with environmental pollution and other adversities that add to the understanding of the relation of man to his environment. The Letten Foundation gives educational grants, organises international conferences and gives awards to outstanding achievements.